Everyone tends to have passions and subjects that they like to “geek” out about—our team at DesignHammer is no different. In honor of Geek Pride Day, here are some of the things that really send our staff down the proverbial rabbit hole. 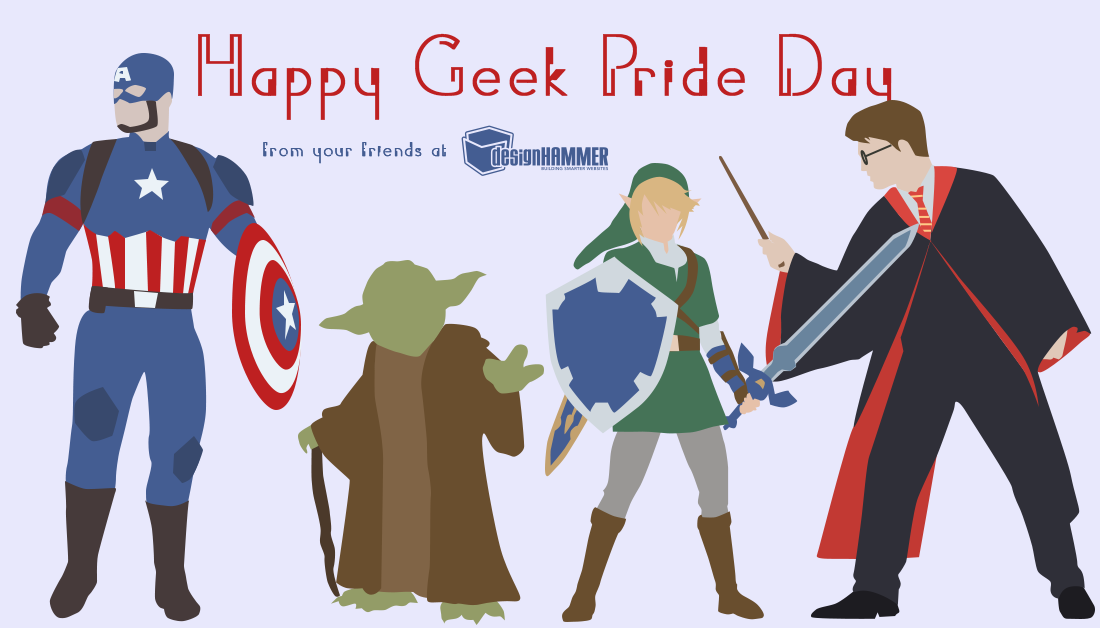 I tend to get deep into all of my hobbies and I really like learning new things. It's great when you can combine more than one thing into a single project. One of my pastimes is learning to fly various aircraft correctly using flight simulators. I am also into 3D design and printing. So, I designed and printed a mounting system for my flight simulator controllers!

Well, I often joke that my hobby is having hobbies, so I'm just picking one today, which is miniature gaming, specifically Warhammer 40k. It's a hobby where you can build and paint miniatures, assemble them into armies based on multiple rule books, and then have battles with others based on agreed upon limits (typically point values, but there are other options). A normal size game is 2,000 points. I currently have approximately 140,000 points of models, because all the models are super cool. I'm certainly not suggesting anyone else try to 'catch 'em all,' but it's pretty entertaining for me (and I'm not the only one on staff who plays!). 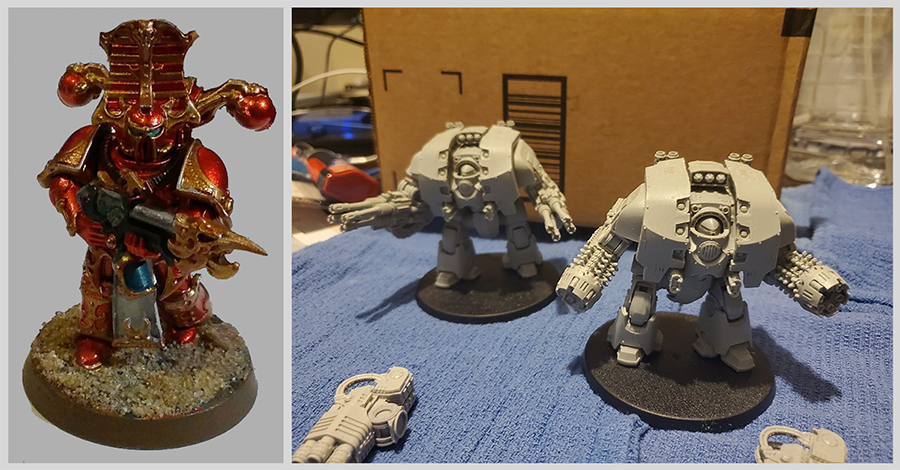 My absolute favorite thing to geek about is anything Marvel. I've watched these movies since I was old enough to remember, and I'm pretty sure the first movie of theirs I saw was The Incredible Hulk with Ed Norton. Since then, Marvel was a way to bond with my dad, and now with my husband too. When Avengers Endgame was about to come out, I was so excited I watched every single movie of theirs again but this time strictly in chronological order so everything would be totally fresh in my mind, and I ended up finding more easter eggs that I had no clue about. I can't even express the way I was feeling when Endgame ended and knowing that that was the end of this era of Marvel. But of course, I'm still able to keep this alive with the old movies and with new series like WandaVision and The Falcon and The Winter Soldier. And with these new shows' finales, there's lots to conspire about what's going to happen next in this universe, so I'm glad to still have that going for me. So anyways, I could keep going on and on, but to make a long story short, Marvel is the best and it is something that has come with great memories and times. 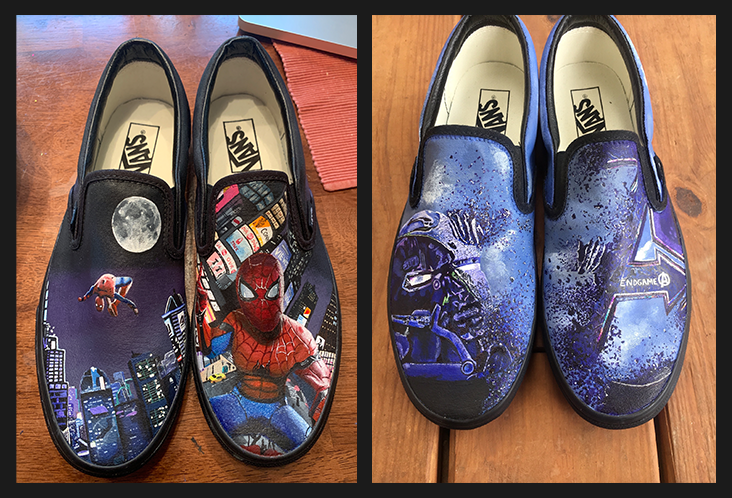 I'm a geek about all things geography. Whether it's local, state, US or global, I really love learning about what places exist and what makes them unique. I love being able to name a state, country, or territory by its shape on a map, by its flag, or even by its capital city. I also enjoy learning about the languages/dialects used in various places around the globe, as well as how historic populations have shaped an area in its customs and language. I enjoy challenges like being able to name each county in NC, knowing each county by its shape on a map, and identifying its county seat. If you're looking for a geography nerd to round out your trivia team, I might just be the gal for the job.

Here are a couple of my favorite flags:

While there are many things I geek out about, probably my most unusual passion is vintage PC games. While certainly less technically impressive than modern AAA video games, I find the limitations imposed by technology led to some amazing creativity in game design. One of my favorite vintage PC games is my favorite computer role-playing game (CRPG), Wasteland, which is regarded by many as the inspiration for the Fallout series.

One of its most unusual aspects was a physical book of "paragraphs" that were referenced throughout the game (i.e. "Read paragraph 17") that served both as a savings of disk space (which was at a premium at the time) and as a form of copy protection (the paragraph book was full of false paragraphs and even an entirely unused plot). Other interesting aspects of Wasteland included a single saved game slot, permanent death of characters, and non-player characters (NPCs) that would refuse your orders. I like to think my experience playing vintage PC games leads me to appreciate the technical and gameplay achievements of modern games even more. 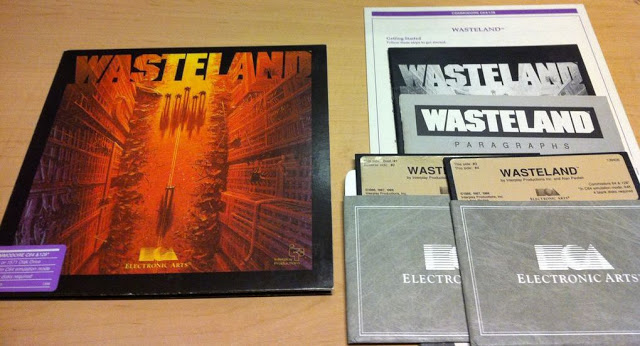 What am I a geek about? Hmm, that is a difficult question. I have a habit of getting chronically stuck in Wikipedia holes and for that reason, I’ll geek out on anything. There are often times where I have a chore to do, like the dishes, and put them off for an hour until I’ve finished learning everything about a particular subject, such as the dangerous lives and working conditions of Saturation Divers and the details of the horrific Byford Dolphin accident in 1983. I blame Atlas Obscura, an online magazine known for sharing obscure and interesting content, for enabling my bad habit.

I also geek out on finding new underground music to listen to, as well as sourcing indie/obscure movies to watch and subsequently rewatch several times with different friends. Here are a few of the weird and lesser-known films that tend to sit in my rewatch queue: 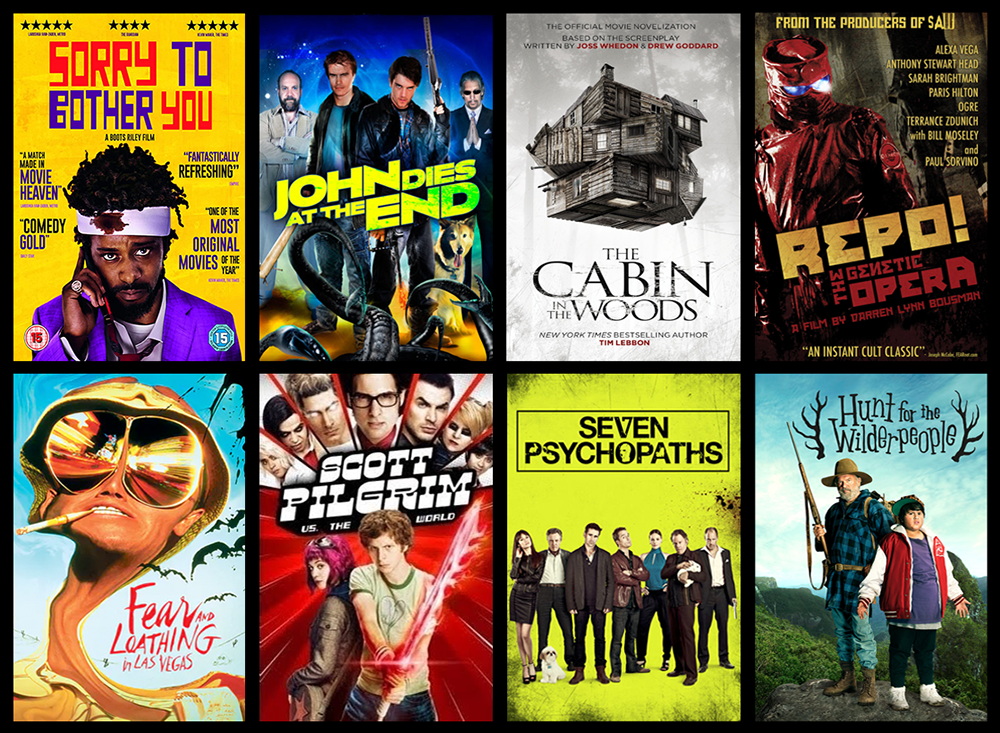 As one who traditionally hasn’t been a ‘geek’, my all-time Geekdom started in 1999 with the debut of the great Aaron Sorkin drama The West Wing. I think I’ve watched the entire series (sans most of Season 1) at least 5 times, and it’s a common point of mockery among my friends — so I guess that qualifies when people make fun of you for it. I love the political drama, the brilliant Sorkin walk-and-talk storytelling, and how close to real-life they try to keep it. I once confused theatre for reality when I tried to convince a very successful businessman that there were talks to merge North and South Dakota (Season 3, Episode 21), spend the entire Two Cathedrals episode pre-crying for the ending (Season 2, Episode 22), and am still at a loss for words when John Spencer died unexpectedly of a heart attack, and the writers had to kill off his character on the eve of election day (Season Six, Episode 3).

During the pandemic, I have become significantly geeky about Shark Tank, to the point that (sadly) I typically watch at least 2–3 episodes a night. I’ve also been known to buy a product (or 10) solely based on seeing them on Shark Tank. Some work out better than others. I find it fascinating to watch people who have spent countless hours, invested sometimes massive sums of money, and are so passionate about a product or company. Some of them, like Bombas socks, turn out to be massive successes while others, like a cat cafe, are quickly laughed away. There are others who are rejected by the sharks and go on to have massive success like Ring, which was later purchased by Amazon for $1 billion. For the most part though, you see some amazing success stories and inspirational entrepreneurs trying to make a difference. Some of my favorites have been Mo’s Bows (a fashionable bow tie business created by an 11-year old that is now worth over $1 million) Cup Board Pro (a deal all 5 sharks went in on after being moved by a cutting board created by a New York City fireman who passed away after 9/11, and whose legacy was continued by his three children), and LuminAID (sustainable and durable solar lanterns that are used not only for recreation but also to serve families and village in impoverished or natural disaster-stricken areas of the globe).

The Oxford dictionary offers a definition of a geek as “a person who is very interested in and who knows a lot about a particular subject.” An unusual topic that I’m interested in is World War II US Navy insignia and uniforms of the first half of the twentieth century. How I came to be interested in the somewhat obscure subject, even among mainstream military insignia collectors, was spurred by an interest in history, and a connection with my grandfather who served in the US Navy during World War I.

Over the years, I have amassed a collection of a few thousand insignia made between 1905 and 1948. While seeming arbitrary, the reason for this date range is because the patches produced before the 1905 pattern typically sell for hundreds, rather than tens of dollars each, and those after the World War II-era are of inferior manufacturing quality and considered less desirable by most of the collector community.

The challenge in collecting insignia is the ability to identify and roughly date all the samples. This requires recognizing approximately three hundred different symbols, along with materials, manufacturer marks, and construction techniques. I learned primarily by reading books and online articles, as well as participating in discussions on web forums and Facebook groups.

I realized I had become more than just a collector once strangers started contacting me asking me to help them identify and date examples. One collector even looked me up in the American Society of Military Insignia Collectors member directory and called me to ask questions. I’ve exhausted reference books, as well as the knowledge of fellow collectors, and now need to find original source material to answer some of the more esoteric questions about particular insignia I find challenging me.

In addition to the link between the insignia and history motivating me to read more about the history of the time, I also enjoy helping fellow collectors. These are other insignia collectors, but also reenactors seeking the correct insignia for their impressions, or at times people looking to restore family heirloom uniforms or create memorial shadow boxes.

When my son was five, he changed his focus from firetrucks to battleships and wanted the family to dress as sailors for Halloween. I soon figured out it was less expensive to buy vintage WWII uniforms, and kid’s sailor suits than modern costumes. Not wanting to disappoint my son, I was now collecting uniforms as well. This led to a small collection, primarily US Navy slate gray working uniforms (used from 1943–48) and the various uniforms of the US Navy WAVES, the Women Accepted for Volunteer Emergency Service (used from 1942–48), as well as a few others. Researching the uniforms, as well as their original owners led to more books, and more research. Then came photographing examples from my collections, and incorporating photo shoots into family vacations.

Along the way, I have met people from across the country, and around the world, with a similar interest in preserving the history of the period. In the end, my geekdom proved more than a quest to amass random objects, but rather artifacts to be appreciated in the context of the people, places, and events they are connected to. 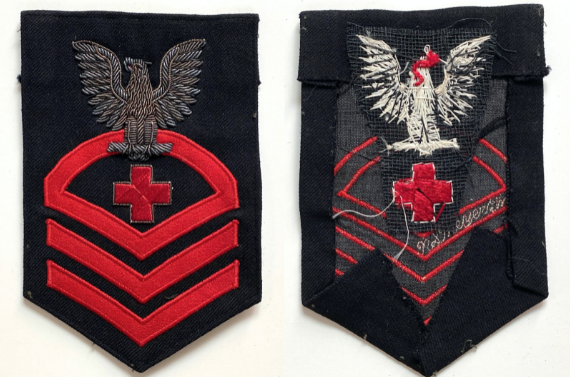 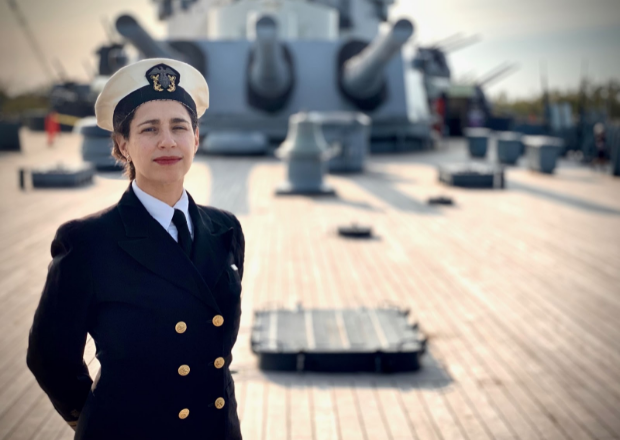 As you can tell, the DesignHammer team has a range of interesting hobbies that keep them busy outside of work. We bring this same passion and attention to detail to the work we do helping our clients build smarter websites. What is your Geeky passion? Tell us about it in the comments.