As Account Manager at DesignHammer, Stephen combines a customer-focused mindset with a broad technical aptitude, serving as a bridge between the many diverse aspects of DesignHammer’s business. In his over a decade at DesignHammer, Stephen has been involved nearly every aspect of projects from pitching new business and leading client strategy sessions during discovery, through technical analytics implementations and thorough quality assurance testing; all while focusing on keeping projects on time, on budget, and meeting our clients’ expectations. Stephen also provides consulting to clients on accessibility, usability, and search engine optimization.

Born below the Mason-Dixon Line of Midwestern stock, Stephen came to North Carolina by way of Virginia, Ohio, and New Hampshire. Moving to Raleigh with his family in high school, he has become reacquainted with the charms of southern life. Upon getting married, Stephen relocated to Durham and has called the Bull City home ever since.

Stephen attended North Carolina State University, receiving a bachelor’s degree in History with a concentration in computer programming. Stephen brings over a decade of industry experience to DesignHammer’s projects.

Stephen’s interests outside of work vary widely from Muay Thai to boardgames to theology to comics, but his overwhelming passion is fencing. In the summer of 1992, his parents informed Stephen that he was not going to spend his entire vacation in front of the computer playing video games; he was going to take a fencing class. Over two decades later, Stephen can be found at the Mid-South Fencers’ Club several days a week. Stephen provides lessons in all three weapons of Olympic fencing and has coached multiple national medalists. Stephen is also the fencing instructor at Meredith College, as well as a referee for USA Fencing and the NCAA. Stephen competes in individual and team competitions representing Mid-South, medaling at the local, regional, and national level. When not traveling, Stephen enjoys spending time at home with his wife and three cats: Hasting, Mycroft, and Phryne. 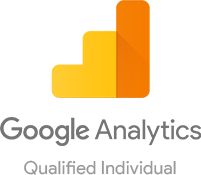 Acquiring authoritative backlinks is an important aspect of successful search engine optimization. If you are working to actively acquire links, you should establish a rubric for site authority to guide your efforts.

CED North Carolina
February 2020
CED partnered with DesignHammer to transition their existing CMS from Drupal 7 to WordPress. The new website was equipped with a new theme and Salesforce Integration in order to reinforce their new customer engagement strategy.
Railinc Industry Website
December 2019
Railinc approached DesignHammer after their initial assessment project to develop a new Drupal website that provided a high-level user experience, which included clear calls to action, and consistent taxonomy for products, resources, and blog content to easily expose related content to users.
See More of Stephen's Projects