Born and raised in Chapel Hill, Michael spent his entire academic life in Chapel Hill. While studying Chemistry at UNC, Michael assisted in running computer-based lab testing for undergraduate labs. He later helped the UNC Center for Public Service to design and implement an online database that tracked public service opportunities and connected volunteers to them. Since then Michael continued with customer-facing work, including a variety of roles supporting end-user and small business technologies.

As you may expect from an NC native, he has strong feelings about barbeque and chicken biscuits. A new father, Michael’s many hobbies have been paused due to naps, diaper changes and lack of sleep. When he had free time, Michael had a habit of reading about new things and then collecting them as hobbies. Some of his current interests include: old, cranky cars, tabletop strategy games, movies, relaxing with his wife and new born son, painting miniatures, and nurturing his pet chickens. Michael has been fencing for 28 years and has fenced foil at the National level in the past. Michael also officiates fencing tournaments and has been a varsity team assistant coach at UNC-Chapel Hill. Michael and his wife Ko-Han recently welcomed their first child, Holden, and are building a new house on 11 acres.

What Do You Think the DesignHammer Block Logo Represents? — Staff Interpretations
June 30

What Do You Think the Name "DesignHammer" Means? — Staff Interpretations Part 2
June 17

DesignHammer's Pandemic Recap
June 3
Now that we're over a year into the Pandemic, we thought it would be interesting to look back at all the ways the emergence of the coronavirus has changed the professional world, both positively and negatively. So we asked the DesignHammer staff to share their experiences about working through the pandemic throughout the past year.
DesignHammer Geeks Out
May 25

Everyone tends to have passions and subjects that they like to 'geek' out about — our team at DesignHammer is no different. In honor of Geek Pride Day, here are some of the things that really send our staff down the proverbial rabbit hole.

CED North Carolina
February 2020
CED partnered with DesignHammer to transition their existing CMS from Drupal 7 to WordPress. The new website was equipped with a new theme and Salesforce Integration in order to reinforce their new customer engagement strategy.
Electron/Vue.js High-Def Video Kiosk
June 2019

A reputable marketing agency with limited available development resources approached DesignHammer for additional assistance with a multi-screen video presentation; intended to be set up as a promotional installation for their Fortune 500 client at a major industry trade show. 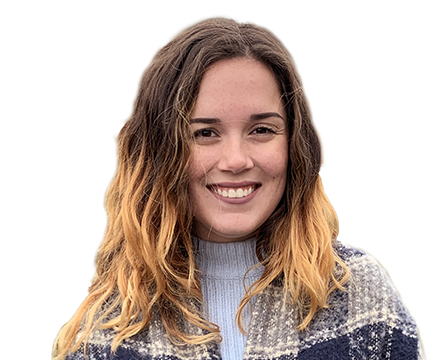