Frank joined David Minton and Robert Weeks to create DesignHammer in 2001. As the agency's Chief Designer, he oversees the design team and is the lead creative in design strategy, building wireframes, creating design concepts, general website theming, and graphic design. In addition, he helps with project management, client consultation, and performs site maintenance. Frank is particularly adept in Drupal and WordPress theming, the full Adobe Suite, Sketch, and more.

After spending years helping his dad in his small, family-owned auto body shop in New York, he attended State University of New York and graduated with a BFA in Graphic Design. Upon graduation, he started work as an assistant designer at Vassar College under the mentorship of his esteemed professor, George Laws. His experiences at Vassar would earn him an invaluable education in typography and the world of graphic design. This inspired Frank to continually strive to better himself as a designer.

Looking for a chance to grow and start a family, Frank and his wife decided to relocate to North Carolina. Before founding DesignHammer in 2001, he worked as a web designer at both RTI International and NetworkArts.

Frank is passionate about many things in life, most of which revolve around his family and his love of beer and movies. A cherished experience for Frank is to grab a cold one and to explore new design, Drupal, and WordPress concepts after hours.

An advocate of continuous design knowledge, Frank is interested in continuously progressing his design skills by following web design industry leaders on Twitter and exploring new front-end techniques. He will also integrate a recent movie design concept into production, and is the King of the Random Slack channel at DesignHammer. 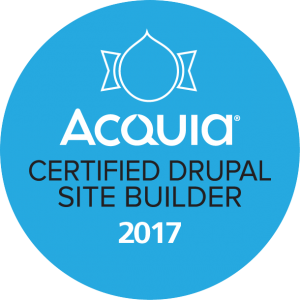 I always enjoyed superhero comic books as a kid. I especially loved Spider-Man. The fun, joy, and feeling that this could be a job l love to do motivated me to pursue design as a vocation. Working in corporate settings doesn’t mean I can’t still enjoy design. Let’s talk about why.

CED North Carolina
February 2020
CED partnered with DesignHammer to transition their existing CMS from Drupal 7 to WordPress. The new website was equipped with a new theme and Salesforce Integration in order to reinforce their new customer engagement strategy.
See More of Frank's Projects