It’s a bird, it’s a plane, it’s Google Loon! Skywatchers of central North Carolina were treated to an unusual sight this week when balloon HBAL227 flew through the region. The jellyfish-looking balloon hovers in the sky above and essentially provides cell tower-like coverage to areas in need.

This author remembers being in Indianapolis in May 2002, months after the terrorist attacks of 9/11/01. The 2.5-mile track that can fit all 14 Big Ten Stadiums inside the infield, and was expecting over 400,000 fans in attendance, so it was easily the biggest and most vulnerable event in that uncertain time. I recall driving up I-65 on that Sunday and was awed by this massive alien-looking spaceship that hovered low in the sky. I’d never seen anything like it. It turned out to be the massive Northrop B-2 Spirit Stealth Bomber, and it was every bit as imposing and eerie as you’d think. 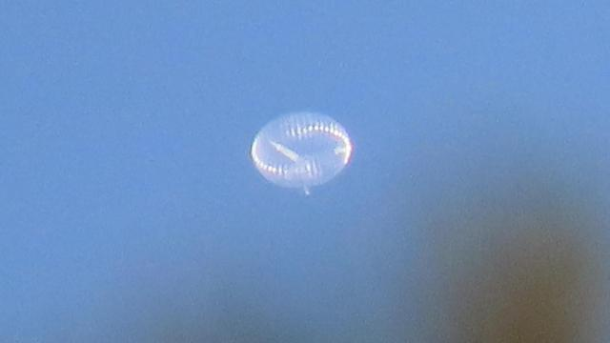 I can imagine those who caught a glimpse of the flying jellyfish thought they were experiencing a moment from Men in Black, Alien, Independence Day, or any number of sci-fi movies.

Loon is actually an Alphabet (parent company of Google) subsidiary that was officially launched in 2013. It is a series of high-altitude polyethylene balloons the size of a tennis court, that can create an aerial wireless network for rural, remote, and disaster-stricken areas. Loon actually was instrumental in restoring access to Puerto Rico after the devastating fallout from Hurricane Maria.

In early July of this year Loon sent a fleet of balloons to Kenya, in the first-ever commercial deployment of the balloons.

In this ever-evolving world of technology we live in, it’s fascinating to see more ways that we can use cutting edge tech for good.

If you want to track the jellyfish... er, "Loon Balloons", you can do so on Flightradar24.