There has been one topic that has been on everyone’s mind for the past month that isn’t COVID-19 related, and that’s racial inequality. This is not limited to the U.S alone, George Floyd’s murder has become the modern-day “shot heard round the world”, adding fuel to the ongoing fight for justice and an end to systemic racism and police brutality across the nation. Now, thanks to world-wide internet accessibility and constant media coverage of the ongoing live protests, the conversations around basic civil rights have sparked a call to arms in several other countries; not only in support for BLM movement within The United States, but also to highlight the extent to which racism exists in their own countries.

The entire world is participating in a global rallying cry and has been for months, so my main question for the professional world is: why aren’t we talking about it?

9 out of 10 posts on my Facebook feed were friends speaking up about the movement right from the get-go; which is why I couldn’t help but notice, even a couple of weeks into the Black Lives Matter protests, just how silent my Linkedin feeds were. Early on in the movement, we saw many large brands took advantage in the moment and found ways to utilize ongoing tensions and twist them into a PR stunt and it soon appeared that showing support for BLM soon became all the rage in new marketing campaigns. Now, whether their support is sincere or not is questionable, but these actions did get the conversations started, so hopefully, the ends will justify the means.

Large brands can get away with making bold moves in response to culture and politics, I would argue that showing support for a group of marginalized people shouldn’t be viewed as a “bold” move – but, in today’s divisive political climate, who knows? Large brands can take risks, they have the resources to do so, but can individual professionals follow suit?

I went to school for business, and I, like everyone else in the professional field, was taught to never talk about religion or politics. But at what point does it become necessary to break that barrier? In a way, I am glad that large brands are starting the conversation and showing public support for BLM, even if it’s mainly just a marketing ploy; because in Capitalist America big business shapes not just the economic landscape, but the cultural one as well. Big brands risking their reputation by sparking conversations around race inequity seemed to be the go-ahead for the individual professionals who were bold enough to start talking about the movement on Linkedin and within their professional networks. I took note of the people who did manage to eventually speak up on Linkedin, still, their comments felt very sugarcoated, often citing how we must “build togetherness” and “be striving for equality among all races”, intentionally side-stepping the fact that police brutality is the underlying cause and maybe we should be talking about that instead... It became clear that this was not an accident and that they were certainly avoiding the controversial side of the whole topic when I directly asked for their opinions around police brutality in general (and around how that brutality affects marginalized groups, of course), I was met with complete silence. I guess some professionals aren't willing to go "there" yet, but I do hope to see that change in the future. I suppose talking about the subject a little, even if sugarcoating your words, is still better than not talking about it at all.

That being said, it still seems difficult for many white-collar workers to speak up. This is why I was glad to come across a great WRAL TechWire article written by Donald Thompson, CEO of fast-growing digital agency Walk West in Raleigh, which included some guidelines for facing conversations around race tensions. In his article “Scared to talk about race, diversity, equity, and inclusion? Here’s how to start” Thompson insists that no matter how uncomfortable the first steps are towards talking about racial inequality with a diverse team, you still have to start somewhere, silence is violence, after all. Throughout his piece, he offers many helpful suggestions for ways leaders can confront their team about conversations related to race and diversity, and stresses the importance of learning best practices for inclusive language. Not only does Thompson address pushing through social discomforts faced by some, but he also suggests ways leaders can confront their operational practices to make sure their supply chain and hiring and recruiting practices are as inclusive as possible. All in all, Thompson’s article was as timely as it was well-written. I suggest giving it a look, particularly if you happen to be a part of the silent majority of professional workers out there who are simply watching things unfold without expressing their actual opinions – because right now, it’s time to start leading by example. 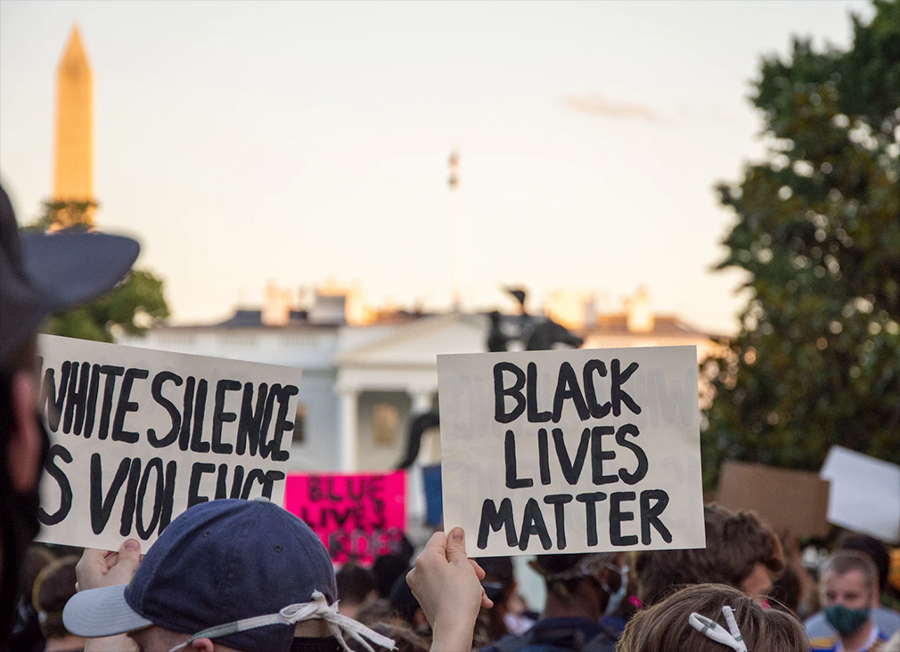