How Humor Has Impacted the Future of Marketing

In the early days of searching for the perfect entry-level job after I graduated from college with a Marketing and Art & Design degree, there were a lot of paths I could have taken. I knew my ideal position would have landed me somewhere either assisting with content creation that was fun, creative, and humorous; or perhaps working in the marketing and advertising department for a company whose brand “voice” didn’t take itself too seriously.

I had already interned for a fashion company that had been one of the first businesses to capitalize on the “all-over print” clothing design trend and used screen-printing techniques to create a variety of products, namely T-shirts. The brand was known for its wacky designs that usually featured brightly-colored & eye-catching graphics covering every square inch of each piece and were oftentimes inspired by internet memes. Recurrent themes included cats with lasers shooting out of their eyes, animals floating through galaxy patterns, and naturally, anything and everything pizza-related. At a time when teenagers and college-aged young adults were looking for the newest ways to visually “stand-out” from the crowd, reaching this target market proved relatively easy. I got a small taste of the fun side of content marketing and hoped I’d be able to find my way into a similar position someday in the future.

Landing an internship was one thing, but finding a permanent position in a company that met my requirements proved to be a bit more difficult. At the time, companies were still using a stiff approach to marketing and many weren’t willing to bend their marketing style or voice to catch the attention of the younger Millennials or the up-and-coming Generation Z. Why would they anyway? Even today Millennials (the oldest of whom are now 38) hold only 3% off the nation's wealth and the oldest of Gen Z have only just finished their first high school job and are currently entering college. Monetarily, they also hold next to nothing... and It was even worse back when I graduated. Still, with internet culture evolving, the expectation for every company to have a social media account on every platform grew and the marketing industry started to experience a paradigm shift.

As social media was saturated with more Millennials and Gen Z users than any other generation, it was clear that marketing departments in larger organizations were tuning in to our rapidly-evolving internet culture. Within 5 years, the online “voice” that a number of large corporations had used to communicate with their followers had changed. They had adjusted communication strategy, sometimes drastically, to appeal to the internet masses who were primarily younger in age. Soon enough arose one of our PR favorites: the infamous “Twitter Clap-Back”. The company I interned with had been using this communication tactic for a while because it was already their “voice”. When it came to larger organizations, however, Wendys’ was one of the first companies to make it socially acceptable for brands to engage with their fans and even competitors on Twitter in a sassy, funny, and witty manner. After observing the positive public reception in response to just one snarky twitter convo with a customer, Wendy’s had set the stage for a new kind of social media strategy; one that was specifically geared towards connecting the younger population. It went viral, other brands quickly took notice of this and began to follow suit.

You don't have to bring them into this just because you forgot refrigerators existed for a second there.

The internet has changed a lot in the past 4 years, now marketing departments must think outside of the box to keep their customers engaged. At attending a seminar geared towards PR professionals, I learned that it's not celebrity product sponsorships that produce the most return on investment; but actually micro-influencers, as they have a more intimate relationship with their followers and are therefore more likely to convert them into customers of a given product or service. Just the other day, a video trending on YouTube caught my attention. I’m not a big fan of watching YouTube videos but this one stood out to me. It was a young software developer and mechanical engineer named Michael Reeves, who had been sponsored by Amazon to create a babydoll that shot lasers from its eyes, in order to promote one of their latest TV titles on Prime: “The Boys Season II”. Apparently there is a scene in the show where a man grabs a superhero baby and uses its laser vision to cut two people in half. So, naturally... Amazon decided to sponsor Michael Reeves, who has amassed a decent following over the years, to “recreate” the scene in real life!

Watching any of Michael Reeve’s videos (which are often sponsored by other brands), shows just how drastically marketing, especially influencer marketing has changed in recent years. His humor style is edgy and riddled with profanity, internet memes, a trolling attitude, and often insults his followers. But his fans are loyal and his videos are hilarious, and apparently Amazon’s marketing team thought so as well. Micro-influencers like this on Youtube and TikTok are setting a new stage for the future of B2C marketing, and I’m loving every minute of it.

The article I shared above from B&T Magazine touches on the many ways that premium brands are choosing to leverage humor, and other innovative ideas to fuel their marketing success. Author Chris Loukakis (AnalogFolk’s Strategy Director) says “the clever premium brands have recognized that culture belongs to the youth.” and I couldn’t agree more! 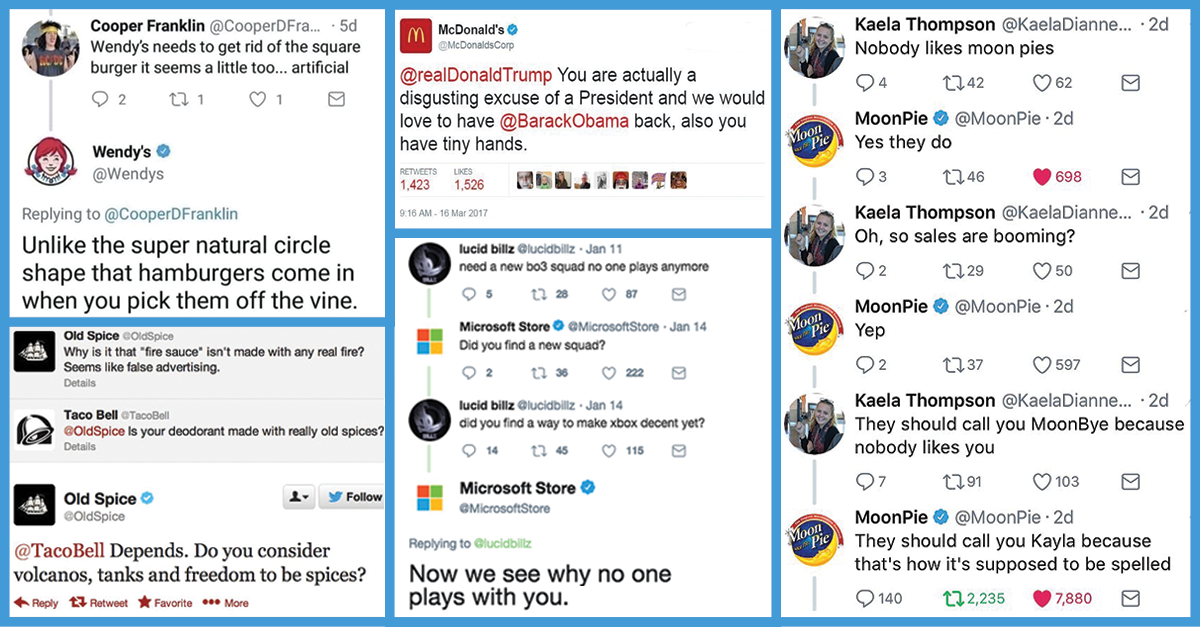 Does your brand need help connecting with a younger audience?

Get in touch with one of our humor-loving content marketers [hint: it's me]
Categories
Tags