The Carolina Theatre of Durham presents more than 100 live performances in music, theater, and dance, and shows nearly 3,000 screenings of films each year. Occupying a historic landmark building in downtown Durham, the Theatre has undergone revitalization to create a top-notch and inspiring experience for patrons.

As part of modernizing the film theater lobby, the Carolina Theatre wanted to update its lobby signage by creating a low-maintenance digital signage system. Before the update, printed signs were used that required a workflow relying on communication traveling through four internal departments. One misstep could cause problems at the box office, affecting business.

Previously, the theater posted show information printed on paper and mounted on clip-in frames. With more than 3,000 film screenings each year, maintaining the print signage was no easy feat.

To pull showtime information from the Carolina Theatre Drupal website into the theater lobby signage, we created a separate static website that draws in the needed information about the films — dates, times, theater room — using Javascript code and a custom-written API on the website.

The new system displays daily showtimes on LCD panels and iPads inside the theater lobby. Film showtimes are entered once in Drupal and simultaneously updated on the Theatre’s website, iOS app, and lobby signage in a streamlined process.

The static website loads directly onto the iPad displays mounted outside of each theater to display "Now Playing" information for each room, while a Raspberry Pi single-board computer drives the LCD display.

Not only is the Raspberry Pi small enough to mount on to the back of the LCD screen, it is a highly cost-effective and energy-efficient solution to support open source digital signage.

Creating a solution for the Carolina Theatre involved both the development of a website as well as configuring the devices to display the showtime information. The static website works within the parameters of the display screens, ranging in size from a small iPad screen to a large LCD television screen.

Mounted on a large backlit screen, showtime information at the box office is now much easier to read. Additionally, the screen is mounted high enough to be easily viewed by patrons in line for tickets.

The overall effect is clean and modern, propelling the Carolina Theatre forward as a cutting-edge venue.

Build a system with minimal maintenance

The Theatre’s previous use of printed signs demanded the time and attention of several internal departments. For the new digital signage to be a success, the system needed to drastically reduce the amount of overhead required to maintain it.

The new low-maintenance lobby signage system pushes any changes made to showtimes on the Carolina Theatre’s website to the lobby screens — without the need to restart devices or enter information more than once.

The new system is saving us time and effort — but really it’s given us a presence. We’ve done a lot to upgrade the theater to create a great cinema experience, and this has been a piece of that. 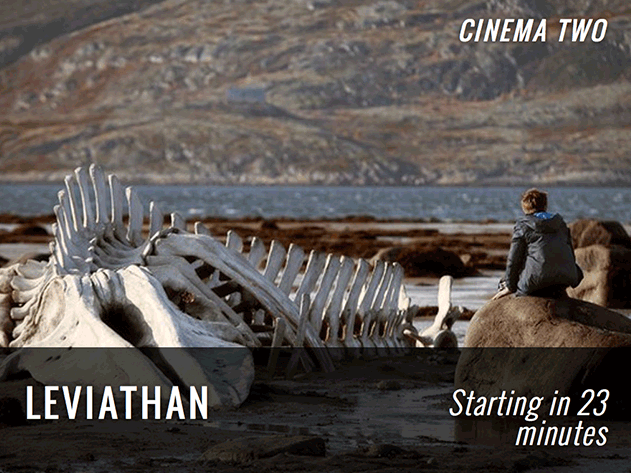