The Carolina Theatre of Durham, Inc. is a private, non-profit organization hired by the City of Durham to operate the Carolina Theatre. The professional staff, along with more than 300 volunteers, executes a comprehensive performing arts program including live performances in music, dance, theater, and educational programming, as well as a nationally-respected film program that includes the county’s only first-run independent cinema, which operates 364 days a year, as well as four dynamic festivals – the North Carolina Gay & Lesbian Film Festival, the Retrofantasma, and Retrofantasma Classics horror series, the Nevermore Film Festival and the Escapism Film Festival.

DesignHammer’s team of designers and developers created an elegant and exciting solution—a slick, professional iPhone app with content dynamically pulled from the Drupal website DesignHammer created in 2010. DesignHammer’s developers created the app from the ground up in Objective-C, delivering a robust user experience on a variety of iOS devices. iPhone developer Jay Roberts says, “It’s a fully-native app which allows us to create an extremely responsive user interface and to take advantage of iOS features like Mapping and Push Notifications.” In addition to delivering the Push Notifications (via the Urban Airship API), the Carolina Theatre App provides photo galleries, seating charts, ticketing information, and Facebook integration.

After updating the Drupal content management system powering the Carolina Theatre website, the Theatre staff was able to deliver content to the iPhone app without changing their workflow. At the same time, DesignHammer’s designers created the app’s visual style to complement the Carolina Theatre’s existing website.

With many available tools, it seems that anyone can release a mobile app. To impress and engage your customers, don't trust just anyone. The Carolina Theatre App connected our best customers to our events and films, boosting web traffic when we announced our new season. 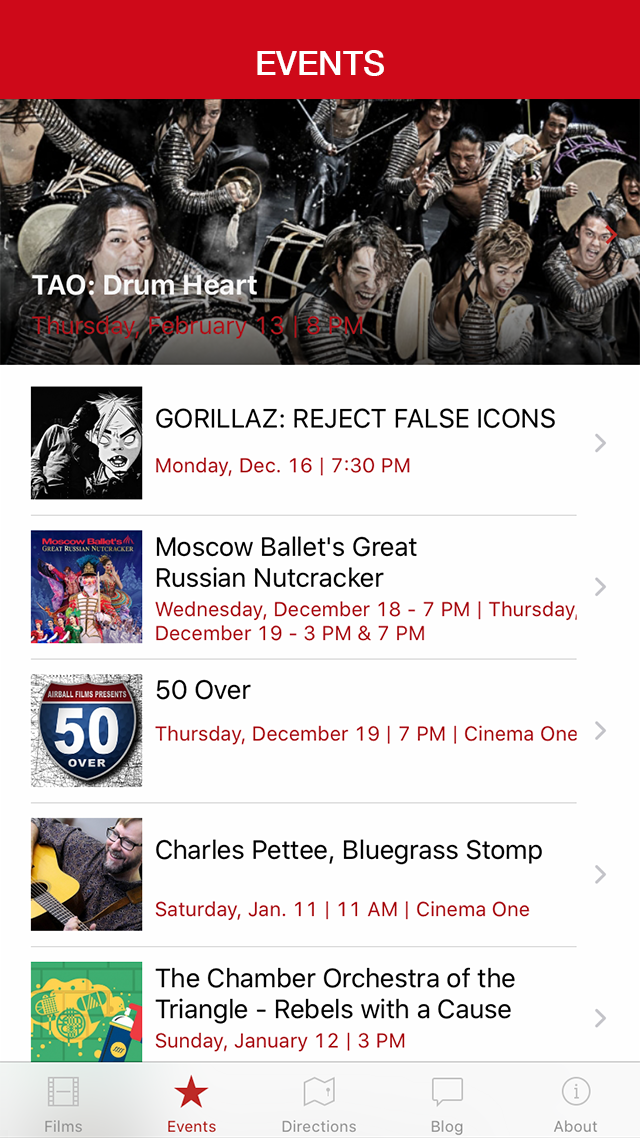 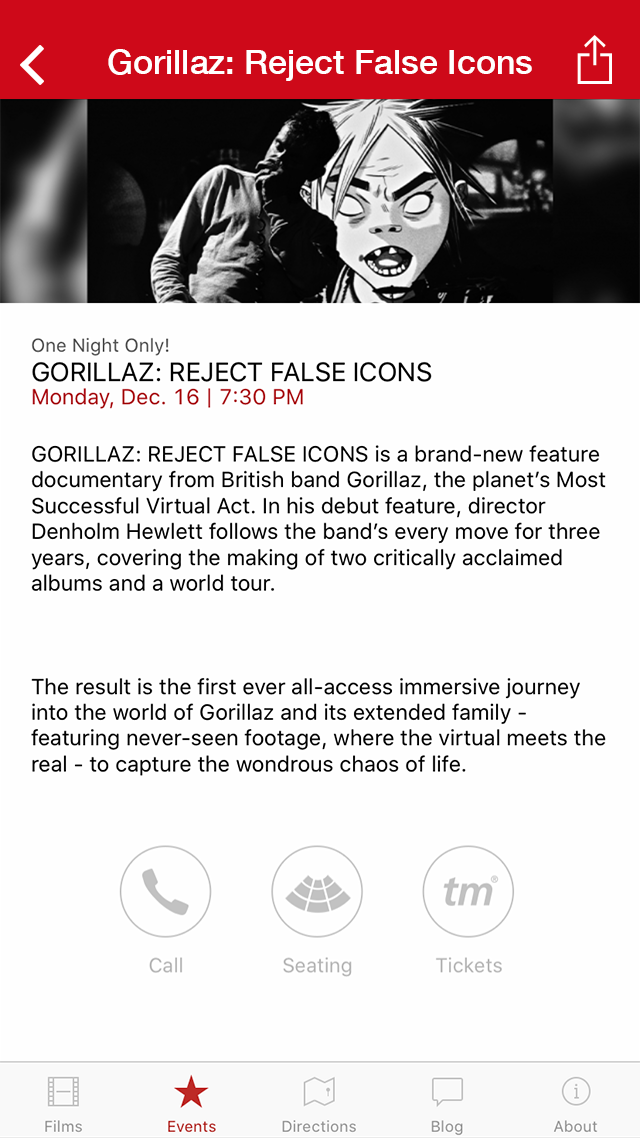 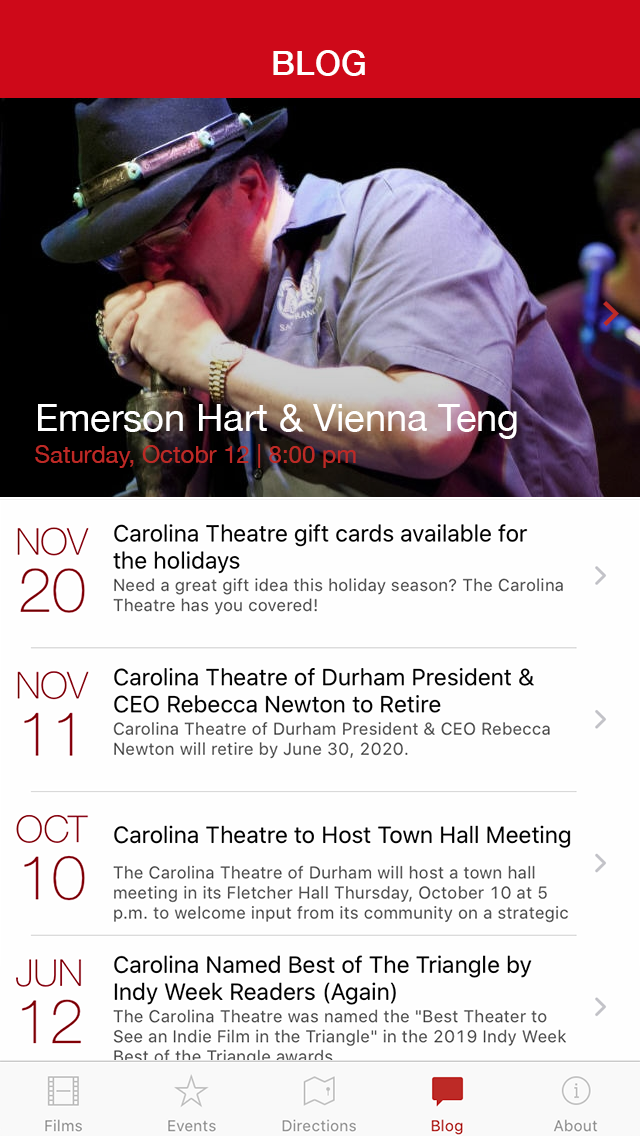